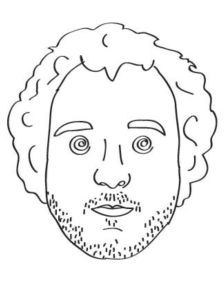 A seven part essay about three efforts to name a county after Kentucky’s 35th Governor.

Halfway across the state, on December 29th, 1905, citizens in the town of Fordsville decided not only to take the general idea of a new county from the failed experiment of Beckham but to repurpose its name, as well.

A survey for their new county was commissioned and Ohio County Representative Charles Beard had been converted to the cause.

The Hartford Republican further stated that “Gov. Beckham is very much in favor of the scheme because he wants a county named for him and he thinks he sees three more votes for himself in his race for United States Senator two years hence.”

Much more critically, the Mayfield Monitor wrote that it was an effort to “perpetuate the memory of the first Governor of Kentucky who used his pardoning and appointing power to increase his personal influence with corrupt politicians in order that he might defeat the will of the people and gratify his own ambition.”

However, as was the case in Olive Hill, the movement for the new county clearly predated Beckham’s ascension to the Governor’s Mansion.

In November 1893, The Breckenridge News printed that a petition for the creation of a new county from parts of Ohio, Daviess, Grayson, Breckenridge and Butler counties, with Fordsville as its seat, was to be presented to the General Assembly.

Talk of the new county picked up energy in December 1895. The next month, The Courier-Journal said “petitions have been signed by a majority of the voters in the respective areas to be formed into the new county.” Fordsville’s new county would lean Republican.

One year later, in 1897, the Owensboro Daily Inquirer printed a fairly negative article on the effort to create a new county around Fordsville. The points it made against the idea could have been quite fairly used against the effort in Olive Hill, as well.

Referring to the average citizen in the areas affected, Inquirer editor W.Q. Adams wrote that:

Most of the people there are poor, and while they are remote from their court houses they have little or no business there and hope for less. The building of a new courthouse and jail and other necessary improvements would cost them a great deal of money and many of them say the benefits would not at all compensate them for the outlay. Many of them do not go to their county seats once in five years, and great numbers of them can be found who have reached middle age and who have never been there on legal business.

Almost ten years later, on February 9th, 1906, Republican Representative Charles Beard introduced a bill into the House for the creation of another Beckham County based around Fordsville.

The sense of deja vu in regards to the name of the county appears to have confused even one newspaper.

The Breckenridge News, whose editor obviously should have known better, mistakenly reported:

A similar bill became a law last session, but on account of an error in fixing its boundaries it was declared unconstitutional. In fact, it is said that the boundary lines fixed in the bill would extend the county into the State of Indiana.

The House Committee on Kentucky Statues agreed to hold a hearing for the Beard’s Beckham County Bill on February 17th. Delegates for and against the idea rushed to Frankfort from the Fordsville area to make their case.

The pro-Beckham County faction, led by Hardinsburg attorney Claude Mercer and former Ohio County attorney W.H. Barnes, presented a survey of their ordering along with a 2,000 name strong petition for the county’s creation.

Tabb, whose effigy would be burned in 1908 in Hardin County for voting for J.C.W. Beckham for United States Senate, insisted the counties this new Beckham County was to be taken from were pauper counties and that Beckham County would become one, too.

H.P. Taylor, Vice President of the Bank of Hartford was another figure against the proposal. He told the Statutes Committee that he had not known “how the county was to be formed to be formed until he came to Frankfort and saw the map.”

Tensions were so high during that committee meeting that when the opposition requested permission to take a look at the signatures on the petition, Representative Beard insisted they could only if they examined it right in front of him.

At the following meeting of the Kentucky Statutes Committee on February 20th, the anti-Beckham County faction, led by Senator Owen, H.P. Taylor, and former Butler County senator Nat T. Howard showed up with a survey of their own.

As the The Courier-Journal said, “they came loaded with maps, affidavits and remonstrance.”

Taylor and his associates tried to show that the proposed new county would cut off six miles from Daviess County, run too close to the Ohio County seat of Hartford, and be less than the constitutionally required 400 square miles in size.

They further alleged, with affidavits sworn, that half the names of the petition the pro-Beckham force had previously presented had been falsified.

W.H. Barnes, who was for the creation of Beckham County, said that H.P. Taylor was only against the bill because he was an attorney for the Illinois Central Railroad, and would lose jurisdiction over part of Ohio County if it was made.

The Courier-Journal reports a rather testy exchange between ex-County Attorney Barnes and ex-Senator Howard:

“I have no interest in this bill,” said Mr. Barnes, “because I am not a County Judge, County Attorney, or anything else. I am only plain Mr. Barnes.”

“Your interest in the bill is the hope that you will be made the County Attorney of the new county,” said Mr. Howard.

“And your interest is in keeping your district from becoming Democratic,” responded Mr. Barnes to Mr. Howard.

Meanwhile, another bill for the creation of Thorne County near the Tennessee border was proposed by Representatives Richard Rose and Mike Freeman. It was not expected to pass.

Concerning Fordsville, after arguments for and against the creation of this new Beckham County, a vote was taken on the bill by the Kentucky Statutes Committee.

It was evenly split, with Representatives Claybrooke, McKnight, Litsey and Morris against it, and Redwine, McLean, Dawson and Rose for it. The next morning, on the 21st, McLean and Redwine switched sides.

The following day, the Owensboro Daily Inquirer reported that the Kentucky Statutes Committee had decided “to postpone action upon it indefinitely.” The bill would advance no further.

It is unclear how Senator W.B. Whitt felt about the effort to repurpose the name Beckham County for the Fordsville area. What is clear is that he had not quite given up trying to get Olive Hill’s version of a Beckham County created. Perhaps the competition spurred him onwards.

On March 13th, 1906, The Courier-Journal reported that early in the session Senator Whitt had introduced yet another bill pertaining to his Beckham County.

This bill sought to circumvent the size requirement by giving enough of Carter County to Lewis County that if a new county was made from both of them all three would have enough square mileage to be considered constitutional.

A separate bill served as a potential backup plan. It would allow towns of considerable size further than ten miles from the county seat to serve on a sort of rotating courthouse circuit, forcing the original county seat to share the honors.

It seems Whitt would have settled for the second bill if he couldn’t have gotten the first, such was the desire for Olive Hill to be out from under the thumb Grayson. Apparently, they would have preferred sharing power with Vanceburg instead.

The courthouse bill was reported to have intrigued Representative Beard as a potential fix for his problem in Fordsville. However, even though Whitt’s bill passed the House of Representatives on March 12th, it seems to have gone no further.

From 1872 to 1904 there had been at least three bills introduced in the General Assembly to make Olive Hill the seat of a new county from the western portion of Carter County, not to mention countless more resolutions, petitions, and entreaties.

However, all those decades of political maneuvering came to naught. Olive Hill is still part of Carter County. Expanding further, there is not a Beckham County in the state of Kentucky today.

But there is one in Oklahoma.